LEAMINGTON ENTREPRENEUR RECIEVES #WOW AWARD FROM JACQUELINE GOLD CBE On 28th August, Sophie Parker from Leamington, was recognised by British businesswoman, Jacqueline Gold CBE, for her success as a female entrepreneur, and awarded with a prestigious #WOW badge. Sophie was one of three winners selected by Jacqueline after she entered ‘Women on Wednesday’ – […]

The exam is over … What next?! So, by now the GCSE exams are a long distant memory! Your child / you has studied hard (hopefully!) and they’ve sat all three exam papers. The question that comes to mind now … what next?! In this latest blog, I’m going to talk about what happens next […]

Summer is a long time. (Unless you ask a teacher or a child, in which case they’ll probably say it’s too short)! Six whole weeks of freedom from school; with no daily routine for a lot of people and no formal education! It can be a time for children to do more of what they […]

So in the last blog we talked about the maths exam – and in particular; what’s in it! We covered the fact the exams contain 5 main topics … Number Algebra Ratio, Proportion, Rates of Change Geometry Probability and Statistics However, unless you’re a maths teacher, this may well mean absolutely zero to you and […]

You’re probably reading this because you’ve got a child at secondary school who is studying maths as part of the curriculum. When they get to year 11, before they leave school that final summer, most of them will have to take exams – and these are known as GCSE’s (which stands for General Certificate of […]

So for this blog, we’re mixing it up slightly! We’re going to share with you the recent press release we’ve sent out to newspapers, magazines and similar (both nationally and locally). Keep your eyes open for us – we’ll soon be appearing in print in some magazines and papers!   CHALMERS NEWS PR PRESS RELEASE […]

In my bid to blog more, I’ve started thinking about the key questions I get asked. As a maths tutor I get many questions from parents (and students) and one thing that always comes up around this time of the year is revision. Parents are starting to realise their son or daughter sits their GCSE […]

Some people reckon maths is only used in a classroom. I am a strong advocate of educatingpeople about where maths can be used outside the classroom and in real life; so this latest blog isdedicating to explaining some of the everyday topics where maths is used! 1. In the supermarket – So this one may […]

Every month, Tutor In A Box includes a monthly calendar with different Maths challenges to complete each day. The A3 calendar is designed to be stuck on the fridge or on the back of a student’s bedroom door, and encourages the ‘little and often’ mentality of learning that is so crucial for cementing topics and […]

Past Papers – They’re like gold I’m a big fan of past papers. For revision, they’re like gold. Although there is a caveat – unless you have seen bronze or silver you probably don’t appreciate the gold as much… By this I mean we need to make sure students are ready for them. If they […]

Get your FREE parents guide!

Contains everything you need to know about the Maths GCSE exam! 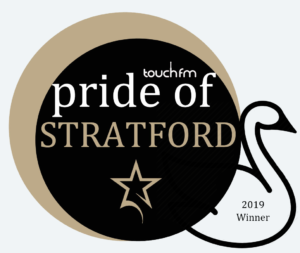 QUESTIONS? COMMENTS? SOMETHING ELSE?